Did you know honey would be a good idea in a shave cream? 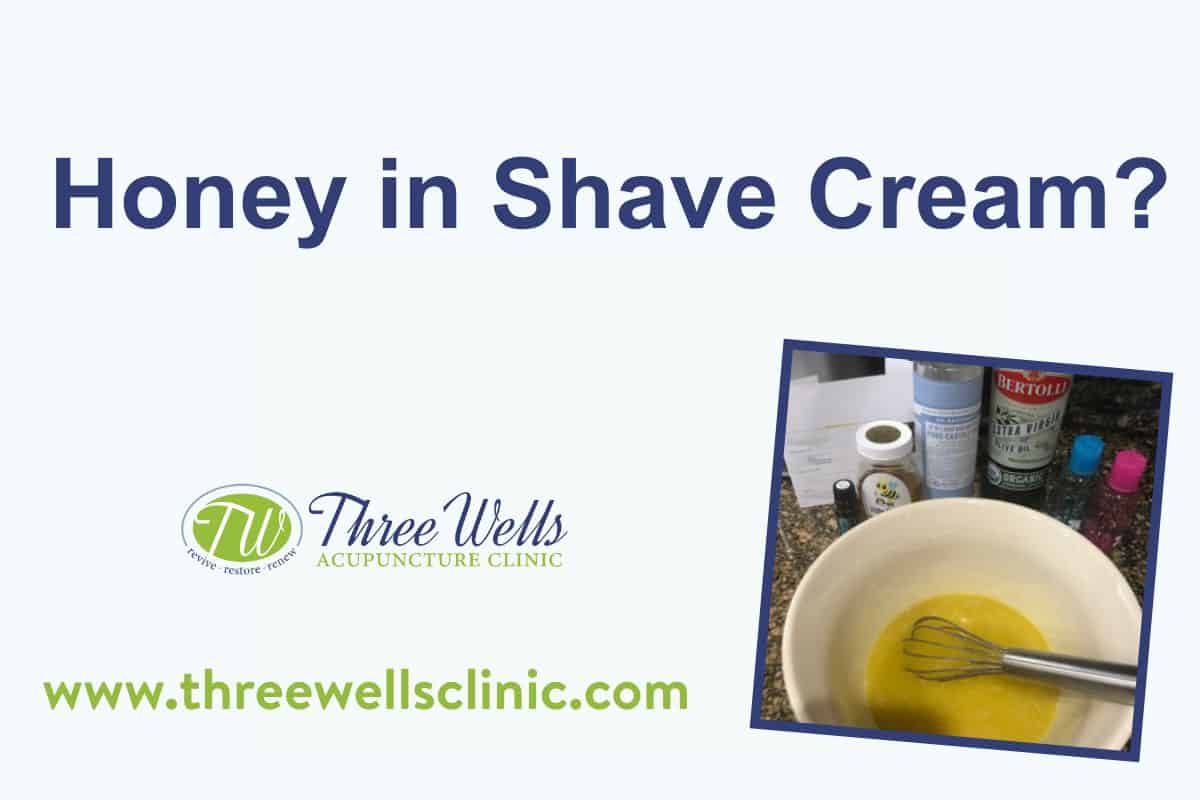 This post may contain affiliate links. I may receive commissions for purchases made through links in this post. See my disclaimer.

Anyone else get excited about nontoxic body care products? I know I can’t be the only one…

I just started making homemade shave cream and I am over the moon about it. So easy. So inexpensive. So effective.

After changing over most of my products to safe ingredients several years ago, I had a couple of holdouts.

The first was deodorant. Well just last year I finally had great success finding a non-aluminum deodorant that worked for me. You can check out my two-part story here and here.

The second holdout was shave cream. I tried several that were approved by the Environmental Working Group but felt ‘meh’ about them. A few examples:

Pacific Shaving Cream (Ever notice how Amazon can act as your own personal historian? Apparently I tried this one five years ago now.) I remember liking it, but thinking it was way expensive for the size of bottle. Being a woman who shaves underarms and legs, that’s a lot of ground to cover.

For awhile I went with whatever conditioner I was using for my hair. But I just never felt like it got as close and I’d have to change razors more often.

Then I settled on Dr. Bronner’s Organic Shaving Soap.  And I like it fine, but there is a lot of inconsistency with it. It took me several tries to figure out how to keep it from just pouring out when I flip open the cap. Sometimes a bottle will be very goopy and clumpy, and sometimes very runny. I don’t know why that is but makes me question how it’s stored at the warehouse.

But now I’ve started making my own. Thanks to the Modern Hippie by way of a friend who sent me this link to a homemade version. (See here for the original recipe on modernhippiehw.com). 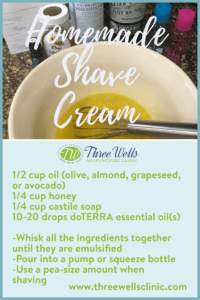 –So soft. I tend to put moisturizer on my legs after I shave so they don’t get dry. One day last week I was in a rush and totally forgot to moisturize – no problem! Still soft!

-This is for both men and women. I haven’t yet had my husband test it out (because I wanted it all for myself!) but I am going to have him try it on the next batch.

–doTERRA essential oils: pick what you like. I chose based more on which aromas I prefer, but you can also select your oil based on skin nourishing properties.

You also want to be aware of photosensitive oils you’re putting on your skin (the bottle will say), but that is less of a concern here because it is well diluted and gets washed off in the shower.

For my cream, I added Green Mandarin because it’s one of the happiest aromas for me, and Cypress because it is a good oil for energizing the legs.

For my first attempt, I was so excited I used just what I had on hand, so I used olive oil. I think either it needs a few more drops of essential oil, or a different carrier oil because the aroma is a little too olive for my taste.

For my next batch I’m going to use avocado oil and add at least 20 drops of essential oil. In the original recipe she used the scented castile soap so she probably didn’t need much of the essential oil. I prefer the unscented soap because I like to control the quality and quantity of essential oil that I use.

In general you only want to put essential oils in glass bottles so that they don’t leech plastic into the product. But I don’t like glass in the shower for safety reasons so it’s okay to use the thick PET plastic bottles since this is being used topically and washed off before you’ll absorb much.

In the picture you will see I’m using little cheapy plastic bottles – again that was because I was so excited to try it and that’s all I had at home. My next batch is going into a better quality bottle like either of these: Squeeze bottle or Pump bottle. 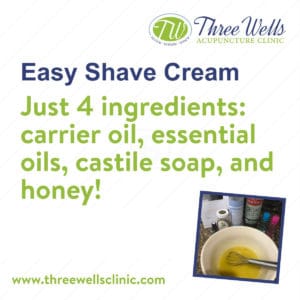 -What about using coconut oil? Nope, don’t. That WILL clog up the razor.

-Won’t the honey clog the razor? Won’t the oil clog the drain? Nope. That was my first thought when I saw the ingredients and the answer is No to both. You use such a small amount. The castile soap emulsifies them and helps both ingredients just wash away.

Guess what? This can be used as a facial cleanser too! I went on the Modern Hippie site to get the correct source to give her credit for the recipe and come to find out she uses these ingredients for her facial cleanser too. How cool is that! I’m going to try that next.

What do you say? Are you going to try it?

Need essential oils for your recipe?  Shop at my online store.